To share your memory on the wall of Thomas Miller, sign in using one of the following options:

Provide comfort for the family by sending flowers or planting a tree in memory of Thomas Miller.

Provide comfort for the family of Thomas Miller with a meaningful gesture of sympathy.

Thomas L. Miller died at his home, peacefully in his sleep, surrounded by family on January 24, 2019.

Tom was born on January 17, 1934 to Margaret and Stan Miller in Verndale, Minnesota. He attended and graduated Verndale Public School... Read More
Thomas L. Miller died at his home, peacefully in his sleep, surrounded by family on January 24, 2019.

Tom was born on January 17, 1934 to Margaret and Stan Miller in Verndale, Minnesota. He attended and graduated Verndale Public School. Tom joined Janice (DeWald) in marriage on July 14, 1953.

Some of his life accomplishments included attendance at Dunwoody Technical College, learning to fly his plane, owner of Tom’s Plumbing and Heating in Staples, Minnesota from 1968 until his retirement. He proudly served on the Wadena County Adjustment Board/Planning Commission and the Thomastown Township Board. Tom enjoyed going to “The Woods” where he enjoyed driving his tractor, cutting wood, watching wildlife and an occasional nap.
Tom was survived by his wife Jan, brother Dale (Elizabeth) of Wadena, Ben (Miriam) of Bemidji, sister-in-law Rena of Sauk Center, son Steve (Kim) of Motley, Minnesota, daughter Teri Cain of Laporte, Colorado, son Barney (Shellie) of Little Falls, Minnesota, 7 grandchildren: Justin, Natasha, Jake, Kayla, Elizabeth, Ashley, Paul and 6 great grandchildren (and 2 more on the way).
Tom was preceded in death by an infant sister Linda, infant son Gregory, father Stan, mother Margaret, brother Gary, and sister Marie Johnson.
Per Tom’s request, there will be no funeral or memorial services.

Tom wished to express a special thank you to Dr. David Freeman, Dr. Julie Benson, P.A. Barbara Kaneski, his two wonderful hospice nurses Amber and Kendall, and all of his caregivers at Lakewood Health System for all of the exceptional care that he received. A special thank you goes out to the Thew family, especially Arthur and William, for listening to an old man’s stories and for being willing to help out at a moments notice.

Receive notifications about information and event scheduling for Thomas

Print
Per Tom’s request, there will be no funeral or memorial services. 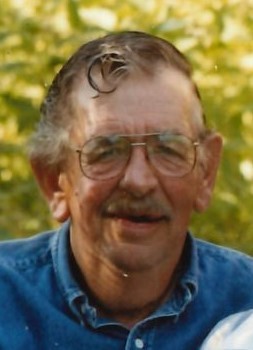 We encourage you to share any memorable photos or stories about Thomas. All tributes placed on and purchased through this memorial website will remain on in perpetuity for generations.

Tom will be such a void in our world. He had such a great wit and humor. No one was comparable to his charm. I would venture to say that right now he has even the angels blushing. Fly high Tom.
Comment | Share Posted Jan 26, 2019 at 05:55pm via Condolence

Our sincere sympathy to all of you. Daryld and Roberta.
Comment | Share Posted Jan 26, 2019 at 12:10pm via Condolence