To share your memory on the wall of Leona Heinecke, sign in using one of the following options:

Provide comfort for the family by sending flowers or planting a tree in memory of Leona Heinecke.

Provide comfort for the family of Leona Heinecke with a meaningful gesture of sympathy.

Leona was born on September 10, 1935 in Hutchinson, MN to Theodore and Martha Schlueter. She was united in marriage to Delano Heinecke on December 5, 1954 at St. John’s Lutheran Church in Cedar Mills, MN. The couple lived in St. Paul, MN and then moved to Aurora, CO while Delano served in the US Army. They later farmed and milked cows in Cedar Mills, before their final move to Motley. Leona worked for 3M, as a daycare provider, and home health aide. She enjoyed her travels to Canada, most of the states in the continental US, Germany, and Holland. Leona collected refrigerator magnets and salt & pepper shakers. Her hobbies included crocheting, reading, sewing, baking, setting jigsaw puzzles, and camping. Leona will be remembered for her love of Christmas and her visits with friends & family.

She is preceded in death by her parents; husband; daughters, Barbara Geisler, Faye Verdon; infant grandson, Justin Heinecke; and 7 siblings.

Receive notifications about information and event scheduling for Leona 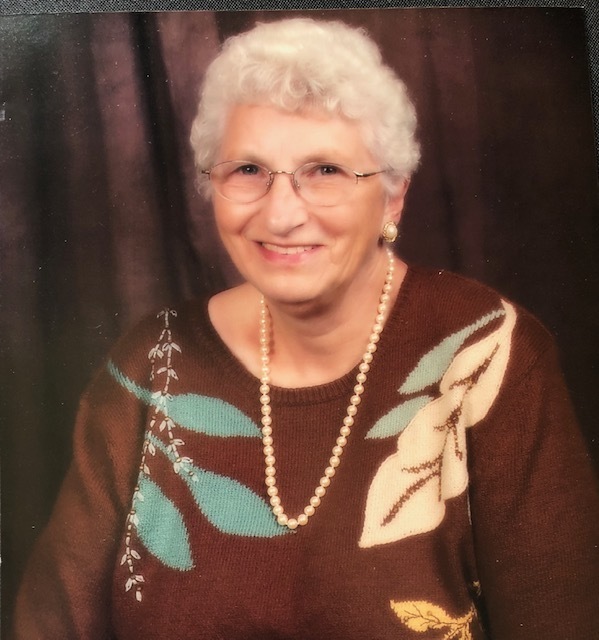 We encourage you to share any memorable photos or stories about Leona. All tributes placed on and purchased through this memorial website will remain on in perpetuity for generations.

I won't be able to be at the service but I will be thinking of Leona and of all of you. I am going to miss her lots. Take care of your selves and keep your memories close to your hearts.
Comment | Share Posted Aug 07, 2019 at 06:44pm via Condolence