In Memory of
Lawrence (Larry) E.
Baumgartner Jr.
1956 - 2017
Click above to light a memorial candle.
Memorial Candle Tribute From
Halvorson-Taylor Funeral Home
"We are honored to provide this Book of Memories to the family."
View full message >>>
Memorial Candle Tribute From
Pat Hunke, Hunkes Transfer
"Larry was a great employee and just fun to have around, our condolences to the f"
View full message >>>
Plant a Tree In Memory of Your Loved One
Click Here
Menu 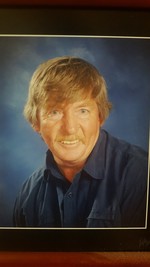 Preceded in death by his parents; sister, Mary Ann; brothers, Pete and Tom and his nephew Robbie.

Larry was born on July 17th, 1956, to Lawrence and Elizabeth Baumgartner in Staples, Minnesota. He attended school in Staples and shortly after he met the love of his life, Shirley Hertel. They were married on June 16th 1973 and shortly after had their two children, Aaron and Serenity. He then attended the Staples and Hennepin Technical college to become a machinist. After receiving his education, he worked as a machinist until 1987. He then moved his family back to Leader where he grew up so he could take over the family farm, milking cows and working various jobs driving truck and working seasonally for Cass county highway department. Larry was always willing to lend a hand to family, friends and the community. He truly lived life to the fullest through simple pleasures and loved to be with family and friends. Larry has four grandchildren that he loved dearly and always found time to spend with them. He was known as their “Papa”. His interests include classic cars, drag racing, four-wheeling, and farming. He enjoyed the outdoors and loved to keep busy tinkering with odds and ends.

Gathering of family and friends will be held on Friday, April 28, 2017, at Taylor Funeral Home of Staples from 3:00-6:00pm with prayers at 6:00pm. The Celebration will continue with Dinner starting at 7:00 pm at the Bears Den in Leader.

Provide comfort for the family by planting a tree in memory of Lawrence (Larry) E. Baumgartner Jr., please visit our Heartfelt Sympathies Store.