To share your memory on the wall of Kenneth Holgate, sign in using one of the following options:

Provide comfort for the family by sending flowers or planting a tree in memory of Kenneth Holgate.

Provide comfort for the family of Kenneth Holgate with a meaningful gesture of sympathy.

Kenneth "Kenny" Richard Holgate, Sr age 85 of Staples, formerly of Mora, passed away on Tuesday, January 28, 2020, at Lakewood Care Center in Staples. Kenneth was born on June 25, 1934 in Minneapolis to Kenneth W. and Gerda (Wuertz) Holgate.

Kenneth "Kenny" Richard Holgate, Sr age 85 of Staples, formerly of Mora, passed away on Tuesday, January 28, 2020, at Lakewood Care Center in Staples. Kenneth was born on June 25, 1934 in Minneapolis to Kenneth W. and Gerda (Wuertz) Holgate.

Kenny served in the United States Army from 1957 to 1962. The years he was stationed in Mainz, Germany supplied him with funny stories he told for years. He and his first wife, Myrt, had three children, Kenny Jr, Korine, and Kyle. Kenny worked as an auto mechanic at Harold Chevrolet in Bloomington, MN for 25 years.
He married Eunice Gade on March 17, 1975. Together, they made many wonderful memories while travelling, snowmobiling, and motorcycling. Kenny also enjoyed hunting and fishing.

Kenny is preceded in death by his parents.

A memorial service for Kenny will be held at a later date.

Receive notifications about information and event scheduling for Kenneth

Print
Services for Kenneth will be private. 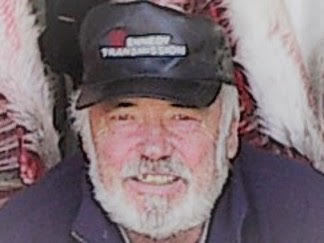 We encourage you to share any memorable photos or stories about Kenneth. All tributes placed on and purchased through this memorial website will remain on in perpetuity for generations.

We encourage you to share your most beloved memories of Kenneth here, so that the family and other loved ones can always see it. You can upload cherished photographs, or share your favorite stories, and can even comment on those shared by others.