To share your memory on the wall of Jackie Harkcom, sign in using one of the following options:

Provide comfort for the family by sending flowers or planting a tree in memory of Jackie Harkcom.

Provide comfort for the family of Jackie Harkcom with a meaningful gesture of sympathy.

Obituary for Jackie A. Harkcom

Receive notifications about information and event scheduling for Jackie

Print
A memorial service will be held at 11 AM on Tuesday, June 18 at Faith Lutheran Church in Staples. Visitation will be Monday evening from 3-7 PM at the church and one hour prior to the service at the church. 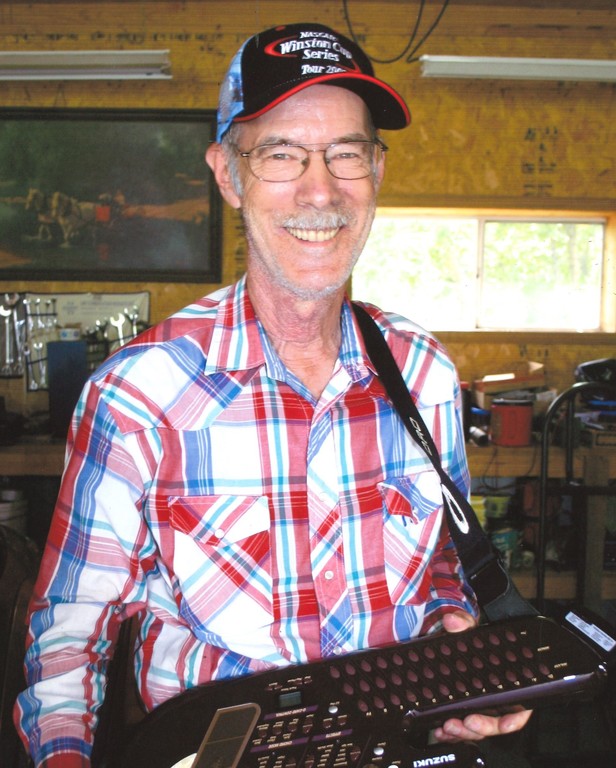 We encourage you to share any memorable photos or stories about Jackie. All tributes placed on and purchased through this memorial website will remain on in perpetuity for generations.

I’m so sorry for your loss. I never met Jack but by his story he was a very diversified person who enjoyed life.
May you be comforted by what the Bible says about those who have died. Jesus said they would be resurrected to a beautiful cleansed earth where there will be no more pain, sorrow or death. Imagine living forever, young and vibrant experiencing endless projects with everyone being your friend. Jesus said “do not marvel at this”. John 5:28,29;
Revelation 21:3,4; Psalms 37:9-11
Comment | Share Posted Jun 24, 2019 at 09:29pm via Condolence

Dad I miss u so much everyday a lil more u were my teacher of so many things words can not explain the pain I feel or the hole in my heart since you left us I will never forget all the good times we had I know one day I will get to see u again but until then I love u dad rest in peace
Comment | Share Posted Jun 20, 2019 at 07:39pm via Condolence
JH

Sad when his 3rd son Charles is listed as a step son and his fourth son Kris Bennett is not even listed same on his 3rd family not even by blood
Comment | Share Posted Jun 13, 2019 at 06:23pm via Condolence

In case u can't read this wall is for condolences for my dad not to complain about people who choose to not have a relationship with my dad that's there problem cause they missed out having the best dad a kid could ever ask for he was there through thick and thin at my best and my worst cause he loved me cause I was his son and being the great man he is he loved me as if I was his own and dad only talked a few times about them so I'm sorry for not listing everything correctly u can blame that on me not my father and his kids are more than welcome to come say goodbye to there dad he was a great man and will be truly missed and if u have any ? Or complaints here's my # 218 296 2575 u can say it to me personally not being disrespectful on my dad's memorial page thank u
Posted Jun 18, 2019 at 12:12am
JH