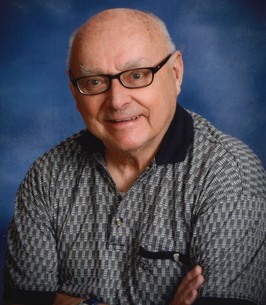 Harold (Hap) D. Corbett, age 88, formerly of Staples, passed away on January 29, 2020, at the Good Shepherd Community in Sauk Rapids, MN, with his wife of 61 years, Doris, at his side. Hap was born July 17, 1931, to Irene (Swanson) and Harold Corbett in Minneapolis, Minnesota. He graduated from Marshall U High in 1949. In 1951, Hap was inducted in the US Army, spending 9 months in Korea near the end of the Korean War. He was a proud veteran. Following his honorable discharge from the Army, Hap returned to Minneapolis, working mainly for a small daily newspaper. During that time, a beautiful flight attendant caught his eye and he convinced her to marry him on December 27, 1959. In need of a job change, Hap searched the want ads and found a cafe for sale in a small town. Three weeks later, he and Doris, with a baby in tow, moved to Staples. Though many different careers followed, including bar owner, general manager at the local radio station, a variety of sales positions, and parish administrator at Sacred Heart Church, he was most proud of his role of husband to Doris and father to his eight children. His family will remember him for his sense of humor, knack for correcting grammar, positive attitude, and unreal ability to play piano by ear. He will be missed.

He is survived by his wife, Doris; his children, Kevin (Sally) of Detroit Lakes, Ken of Woodbury, Fran (Terry) of Medfield (MA), Colleen (John) Lawson of Lott (TX), Phil (Kelly) of Sartell, Tim (Bridget) of Pierz, Cella (Bob) Johnson of Sacred Heart, and Charlie (Jen) Corbett of Brooklyn Park; his sister, Juanita (Corky) Swartout of Minneapolis; and his brother, Jim Manthis of New Brighton; and many grandchildren; and great grandchildren.


Mass of Christian Burial for Hap will be held at noon on Monday, February 3, 2020 at the St. Francis Xavier Catholic Church in Sartell, MN. Visitation will be on Sunday, February 2, from 2:00 -5:00 pm in the Gathering Space at St. Francis Xavier, beginning with parish prayers. Visitation will also be held one hour prior to the funeral service on Monday. In lieu of flowers, the family prefers memorials to Good Shepherd Community, 1115 4th Ave N, Sauk Rapids, MN 56379, or Moments Hospice, 820 Lilac Dr N suite 210, Golden Valley, Minnesota 55422.


Caring for Hap and his family
Taylor Funeral Home of Staples