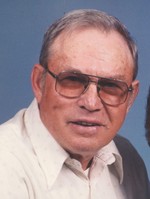 Funeral Service for Don will be held at 11:00am on Friday, February 8, 2019 at the Motley Free Methodist Church in Motley with Pastor Jim Johnson officiating. Visitation will be on Thursday from 5:00-7:00pm at the Taylor Funeral Home in Staples and one hour prior to the service at the church on Friday.