To share your memory on the wall of Donald Hanson, sign in using one of the following options:

Funeral Service for Don will be held at 11:00am on Friday, February 8, 2019 at the Motley Free Methodist Church in Motley with Pastor Jim Johnson officiating. Visitation will be on Thursday from 5:00-7:00pm at the Taylor Funeral Home in Staples and one hour prior to the service at the church on Friday.

Receive notifications about information and event scheduling for Donald

You will receive any future notification messages.
No funeral details available.

We encourage you to share your most beloved memories of Donald here, so that the family and other loved ones can always see it. You can upload cherished photographs, or share your favorite stories, and can even comment on those shared by others.

Posted Feb 06, 2019 at 12:40pm
We will miss Uncle Donny’s kindness and generosity, and his loving spirit. But we’ll think of him in his new life, forever in the woods in nature in the places he so loved to be.

Kathy, Mary, Virginia, Stefanie and Jason purchased the Sentiments of Serenity Spray for the family of Donald Hanson.

Posted Feb 04, 2019 at 08:50pm
My sincere sympathy to each of you in this deep loss of an incredible husband, Dad, Grandpa and dear friend. I always admired Don's strong faith, great morals and many talents..such an amazing Christian man! I feel very blessed to have been his friend and will always cherish our visits n the very special donkey ride! My love, thoughts and prayers are with you June and family. Don loved you each so dearly and always will be with you in spirit. May it bring peace to know he is loving heaven and all it's beauty right there with Jesus!
Comment Share
Share via:
E 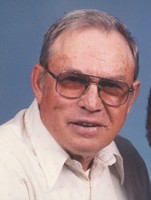