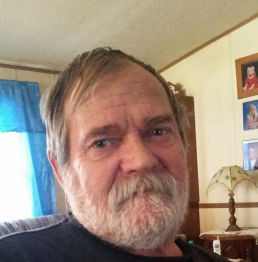 Darrel Daniel Lambert of Staples passed away suddenly at the St. Cloud hospital on Dec. 8th, 2021 at the age of 67 after a battle with cancer.

Darrel was born on April 7th, 1954 to Nyla Lucile Lambert & Darrel Warren Lambert in Bertha, MN. After graduating from Staples High School he went on to serve in the army and was stationed at fort Campbell in Kentucky. He served his country with pride for 10+ years and became a well decorated veteran. After the army he worked as a mechanic for many years and had other various jobs. Darrel went on to have five children, Darrie Lambert Jr. , Rusty Delcourt, Jasmine Lambert, Maykayla Lambert and Devin McNeil.

Darrel was a force of nature, determined to provide for his family and give them the life he felt they deserved. His family meant more to him than anything else in the whole world. Darrel was unendingly proud of Darrie, Rusty, Jasmine, Maykayla, Devin and his grandchildren and always tried his best to support them.

Darrel was also a passionate cook, fisherman, camper, and could often be found outdoors if he wasn't at home. Darrel spent most of his retirement at home spending time with his family.

Everyone who knew Darrel knew he was the most loving father a family could ask for. Family and friends describe him as nothing but kind, loving, caring, warm, awesome, and wonderful. Darrel had a way to make everyone feel like family. He will be missed more than words can say.

Darrel will be cremated and laid to rest at Fort Snelling National Cemetary. There will be a Celebration of Life June 4, 2022 at 2pm at Dower Lake Recreation Area Campground. The family requests any donations or memorials to be sent to the Taylor Funeral Home in Staples.