To share your memory on the wall of Anita Anderson, sign in using one of the following options:

Provide comfort for the family by sending flowers or planting a tree in memory of Anita Anderson.

Provide comfort for the family of Anita Anderson with a meaningful gesture of sympathy.

Obituary for Anita A. Anderson

Anita Kraft Anderson age 83 formerly of Motley and Staples passed away on August 24, 2020 at the Evansville Care Center in Evansville, MN.

Anita Arlene McGregor was born on November 23, 1936 in McIntosh, South Dakota. Her parents were t... Read More
Anita Kraft Anderson age 83 formerly of Motley and Staples passed away on August 24, 2020 at the Evansville Care Center in Evansville, MN.

Anita Arlene McGregor was born on November 23, 1936 in McIntosh, South Dakota. Her parents were the late Archie Warren and Anna Marie (Rowell) McGregor. Anita grew up on the family ranch in rural McIntosh and graduated from the Selfridge High School with the class of 1953.

Anita was married to Jacob Kraft on October 20, 1953. They were married for 23 years. She attended college in Bemidji for three years and was employed with the Outreach Program in Cass County and Walker, Minnesota for 20 years. Anita was married to Roman KoePal for 10 years. On December 28, 1985 Anita was married to Virgil Wayne Anderson at Grace Lutheran Church in Henning, Minnesota. They made their home in Clitherall for 20 years. On their 10 year anniversary Anita and Virgil repeated their vows at Our Lady of the Lake Catholic Church in Battle Lake.
Anita was employed with Otter Tail County home health and various group homes. She enjoyed sewing and was an active member at Our Lady of the Lake Catholic Church for over 20 years where she loved to sing solo’s and in church choir. For a short time Virgil and Anita made their home at Summit Village, Pioneer Care Center and Willow Creek before moving to Staples in 2012.

Mass of Christian Burial for Anita will be held at 1:00pm On Thursday, August 27, 2020 at Sacred Heart Catholic Church in Staples with Father Gabriel Waltz, presiding. Visitation one hour prior to the service at the church. Interment will take place at the Minnesota State Veterans Cemetery in Little Falls, Minnesota.
Caring for Anita and her family
Taylor Funeral Home of Staples

Receive notifications about information and event scheduling for Anita 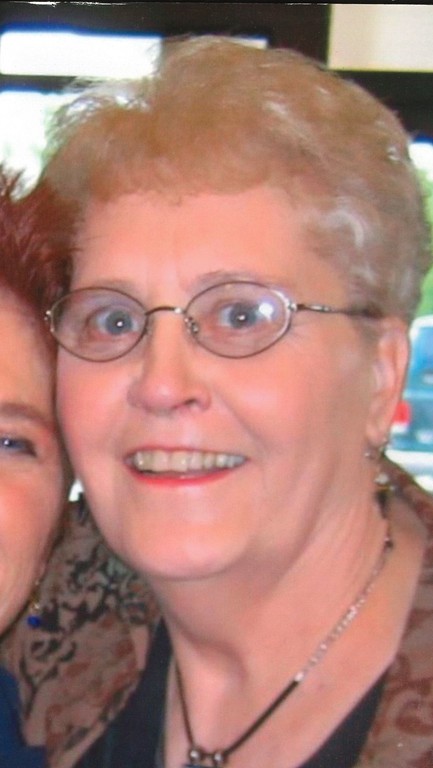 We encourage you to share any memorable photos or stories about Anita. All tributes placed on and purchased through this memorial website will remain on in perpetuity for generations.

We encourage you to share your most beloved memories of Anita here, so that the family and other loved ones can always see it. You can upload cherished photographs, or share your favorite stories, and can even comment on those shared by others.